What’s bitcoin decentralization? When we say “currency”, we are talking about the representation of value in the digital world. In the digital world on the Internet, people have devised a variety of electronic cash or digital cash schemes. In writing the foreword to the book “Blockchain: Technology-Driven Finance”, Jeremy Clark collected about 100 a payment system. “The road to Bitcoin has been fraught with numerous failed attempts,” he wrote. Of the various systems listed, he thinks the only one known to the public is PayPal.

Historically, there have been three forms of “money” in the digital world:

Our commonly used PayPal, Alipay, and WeChat payment are all centralized online payments. In these payment systems, the legal currency (also called legal currency) of various countries mapped to the digital world is circulated.

Fiat money (fiat money) is the abbreviation of “fiat currency” or “fiat currency”, which relies on government decrees to become legal currency. Fiat currency is paper currency issued by governments of various countries. The value of fiat currency comes from the owner’s belief that the currency will maintain its purchasing power in the future and has no intrinsic value in itself.

Centralized Internet points/computer points refer to Q coins, game coins, air miles, etc. They also had a more well-known name – virtual currency. Usually, they do not correspond to fiat currencies in the physical world, but are issued centrally by commercial companies and can only be used in one company’s system.

Decentralized electronic cash has been explored by computer cryptographers for many years. Following the exploration path of predecessors, Satoshi Nakamoto finally turned this path into a reality. Satoshi Nakamoto designed and developed the Bitcoin system and spawned numerous encrypted digital currency and blockchain technology projects.

How is “Electronic Cash” or “Points/Points” issued? Unlike online payment systems, points/points are issued by a company itself, and users pay to obtain points, which can be considered as purchasing a digital commodity from this company, and users can later exchange these points for virtual goods within the company’s system. goods or services.

Outside of these two mainstreams, there has always been another exploration: Can we create a completely decentralized peer-to-peer electronic cash? The ultimate idea is that in the digital world, the issuance and trading of currency do not require the intervention of a centralized agency, and are executed automatically by computers: when issuing, there is no need for a centralized agency similar to the central bank of various countries; two people are transferring each other. When electronic cash, there is no need for the participation of centralized institutions.

According to the previous comparison, this idealized decentralized electronic cash is trying to make breakthroughs in almost every aspect: it does not map offline currency, but issues itself in the digital world; the issuance is decentralized and does not require a similar The role of the central bank; like cash transactions in the physical world, transactions do not require an intermediary.

For investors with different trading purposes, Bitcoin investment is very attractive. Investors will choose mining machines that can be designed with small size, low noise and low power consumption, and can provide efficient mining at home or in the office. 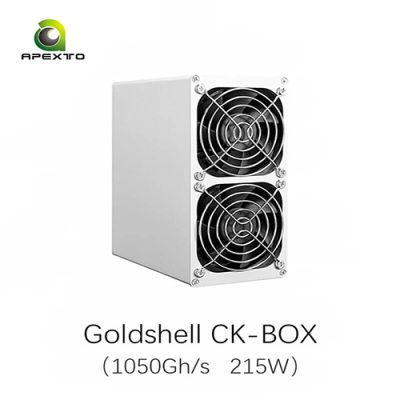 Computer cryptographers are exploring how to represent value in digital files that can be replicated through cryptographic methods without the need for centralized intervention.

This is a long process of exploration that even predates the commercialization of the Internet, dating back to the 1980s. In general, since this exploration is based on encryption technology, various decentralized digital cash is also called encrypted digital currency (crypto-currency), where crypto is the root of cryptography.

Finally in 2008, the anonymous Satoshi Nakamoto published the Bitcoin design on the Cypherpunks mailing list. The Bitcoin system he invented almost gathered all the wisdom of the third type of exploration, and he added new innovations, and finally achieved decentralization in the issuance and trading of electronic cash.