As digital currencies continue to become adopted and supported by businesses, organizations, and countries worldwide, a pivotal moment in the global economy is underway. Advocates for Bitcoin and Ethereum have gained the public’s trust, leading companies like Microsoft, Newegg, and Burger King, as well as countries like El Salvador, to embrace and adopt Bitcoin. This change is causing the Bitcoin ecosystem to evolve.

Bitcoin is no longer a fad, trend, or fast way to make a sum of money. Instead, Bitcoin has evolved into the fully-fledged financial system of the future. It has surpassed even the most optimistic of views regarding employability, the world has embraced it, and the coin’s future has become set in stone by a community of individuals that pursue, invest, trade, and play its most significant role. Bitcoin miners worldwide have begun holding on to coins with no intention of selling them for quick profits. The bitcoin industry has thus developed into a long-term economic strategy to provide real-life, long-term monetary investment in a sector that has found its footing in the volatile stock market.

Bitcoin is a one-of-a-kind financial asset that has been compared to gold. It is said to have the potential to unseat the US dollar as the global reserve currency in the future. How does Bitcoin go from the first peer-to-peer digital cash system to a store of value to a reserve currency? Furthermore, how does this affect the idea of an investment in Bitcoin? 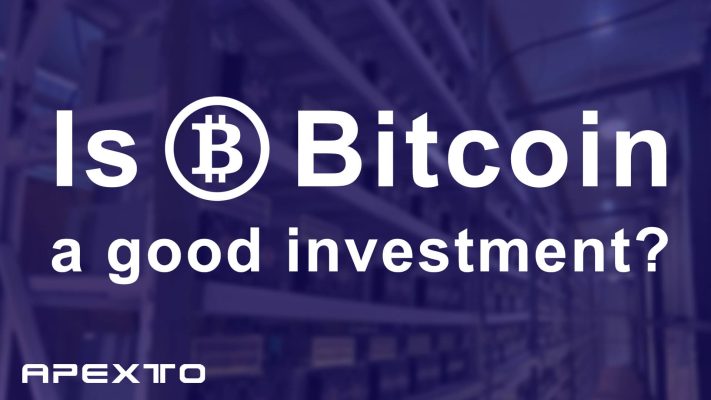 Bitcoin Investing: What Is It?

Bitcoin is a digital asset that differs from investing in stocks, bonds, currencies, and more. However, it shares some similarities with traditional financial assets.

Gold and shares of a company exist physically, while Bitcoin acts as a digital commodity or collectible. The first-ever recorded Bitcoin price was $0.003. Since then, Bitcoin has exceeded 65,000 USD in November 2021.

Bitcoin has consistently risen in price over time. Those who have bought Bitcoin in the past have seen a gain if they held on to the asset. If that pattern continues, Bitcoin could reach as high as $500,000.

Is Bitcoin a Good Investment? A Look Back At 2021 Performance

Many investors wonder if Bitcoin is an excellent long-term investment, especially after a solid year in 2020. The stimulus due to the pandemic caused central-bank printing presses to go full speed, leading investors to pile into Bitcoin because of its limited supply.

As there are only 21 million BTC, it creates scarcity, especially in the face of massive US dollar printing. Those who fear inflation and have cash reserves that are losing value start buying assets, with some flowing into the cryptocurrency markets, making this the beginning of a significant uptrend.

The market surged in 2021, breaking above the $65,000 level. At that point, the market pulled back, and as we have seen in 2022, Bitcoin has fallen quite drastically. However, we have seen massive selloffs previously, and Bitcoin has always managed to turn itself around. Bitcoin is a bet on crypto being a disruptive technology.

Uncertainty provides opportunity. An oversold market follows an overbought market. If the Federal Reserve has to pivot its monetary policy due to a recession, that could be the catalyst for the next great bull run in Bitcoin.

The network’s hash rate is one of the most important fundamental analysis metrics for Bitcoin and other cryptocurrencies. The higher the hash rate, the more work is being done on the network, and the more demand there is for the coin.

Most analysts believe that less Bitcoin held in crypto exchanges and cryptocurrency trading platforms is better because it means that people are not looking to sell their holdings. The hash rate chart shows how steady the growth of users on the Bitcoin platform has been over the last three years, despite volatility and price.

When comparing charts, remember that technical analysis can be somewhat subjective. However, it can give you an idea of how the market is “leaning.” In the middle of 2022, Bitcoin fell somewhat hard. However, the $20,000 region and the $12,000 region both suggest that there could be massive amounts of buying in that area, indicating that the downtrend is just about exhausted. In other words, it could open up an excellent long-term buying opportunity.

When doing a Bitcoin sentiment analysis, you must look at several things simultaneously. You can search the term “buy crypto” and see how much interest there is. Ironically, the more activity you see, the closer you will probably be to the top of the price. In mid-2022, sentiment dropped pretty low from this metric. That is a good thing for the cycle, as it suggests many of the “weak hands” have been flushed out.

To find out what some industry leaders think, you can also search. Paul Tudor Jones, one of the world’s most respected billionaire hedge fund managers, believes that compared to gold in the 1970s, Bitcoin will be the fastest racehorse in the race against inflation.

Since only 21 million BTC will ever exist, it creates scarcity, and demand will always exist. You can also look to the US Dollar Index as a form of sentiment analysis because, as a general rule, people buy more US dollars during times of anxiety. During times of stress, they don’t purchase assets on the risk spectrum like cryptocurrency. Another market you can use to extrapolate sentiment is the stock market, and the higher it goes, the more likely we will see “hot money” flowing into crypto.

Remember that no one can predict the future. However, some experts have made public predictions about what they think the future pricing of Bitcoin will be. While you can’t guarantee that any of these predictions will come true, it gives you an idea of how some experts believe the market will play out.

Venture capital investor Tim Draper has recently forecasted that Bitcoin will hit a price of $250,000 in the next two years. However, in 2022 the Federal Reserve has pivoted to a very hawkish stance, and he has rolled back some of that bullishness. He has recently suggested that Bitcoin could be choppy with a slightly bullish attitude over the next 12 to 24 months.

Edward Moya, a senior market analyst at Oanda, has suggested that some of the selling pressure in 2022 is abating. He believes that the more substantial buyers may not show up until the end of the year. This situation echoes the sentiment seen during the last “crypto winter.” Like many other experts, he believes Bitcoin will break the $100,000 level in the next bull run.

Nigel Green, the chief executive of financial advisory group deVere, has recently stated that Bitcoin will bounce when the stock market does and that the worst of the selling is over. He believes that the bottoming process may be sluggish but that eventually, new highs will be hit, perhaps sometime during 2023. In other words, Bitcoin might be “on-sale” during 2022’s drop.