A survey by digital payments firm Block Inc. found that the higher respondents rated their cryptocurrency knowledge level, the more optimistic they were about the future of Bitcoin.

Block surveyed more than 9,500 people from the Americas (2375), Europe, Middle East and Africa (4360), and Asia Pacific (2860) in January to ensure that 100 Bitcoin holders in each region were included in its 2022 Bitcoin Knowledge and Awareness Report.

The report, released on may 31, shows the correlation between optimism and likelihood of buying, and compares the results to respondents’ self-identified levels of knowledge. Of those who believe they have some expertise in cryptocurrencies, 41 percent said they “very likely” would buy bitcoin in the next 12 months, compared to just 7.9 percent of those who “don’t know” about cryptocurrencies. While there is more optimism about the future of bitcoin than low-income high-income people, low-income countries such as nigeria, india, vietnam, and argentina have the highest levels of optimism and the highest level of knowledge about cryptocurrencies.

The report details how low-income people actually use bitcoin, with more than 40 percent of respondents saying they are most likely to use bitcoin as a simple way to send money or buy goods. In contrast, high-income people see bitcoin more as a way to make money (50 percent) or diversify their portfolios (30 percent), but about 39 percent say that buying bitcoin as a commodity is also a reason they buy bitcoin. 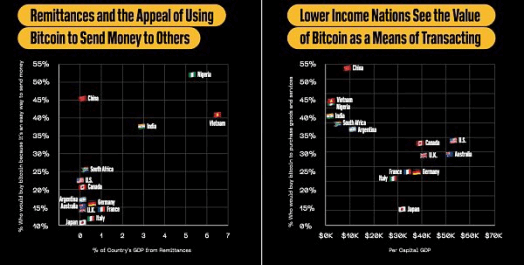 Block also reported a strong correlation between countries with high inflation rates and those that believe Bitcoin “prevents inflation,” with 45 percent of Argentine respondents using bitcoin in this way, the highest percentage of any country. According to Cointelegraph, argentina has twice the adoption rate of cryptocurrencies as other countries in the Americas, and many people have adopted bitcoin in an attempt to hedge against inflation of nearly 60%.

The current coin speculation means high risk and high returns, Investing in mining machines is a relatively conservative and stable way. On the premise that you are optimistic about the trend of this industry, the rise and fall of currency price is a normal thing. Look at the following brin curve of currency price, you can draw a conclusion ：Looking at the length of the return time, It means that you buy when the market is depressed when the price of the mining machine is relatively cheap, then once the market goes up , the return cycle will be greatly shortened, and the rest is to make money . 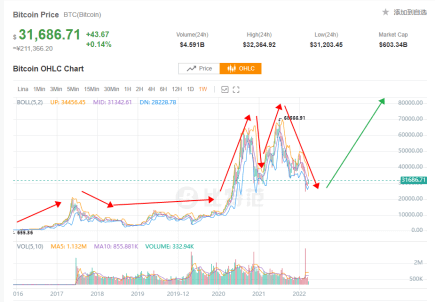 Apexto is a company engaged in foreign trade export business for 12years and mining machine&graphic cards export business for seven years . Our customers all over the world, most of our customers are local miners owner or middlemen with a strong presence and have earned their first bucket of gold in life because of mining, realizing double wealth and financial freedom .It is our pleasure that we still have a close&stable working relationship with them.

We have all kinds of ASIC miners and GPU cards with reasonable price . Including Bitmain Antminer, WhatsMiner, Avalon, Innosilicon, Ebit, StrongU, PandaMiner, iBeLink, Goldshell, and others.In our company, both new and old customers can enjoy our first-class professional one-stop mining investment services . Friends who are interested in mining machines are welcome to contact us and let us work together to create greater wealth.